String arrangers have often featured in singer / songwriter Horse’s music. She was one of the first rock / pop artists to employ strings as the main part of a song, not merely decoration. Famous Horse songs with just strings and her powerful vocals include “Careful” and “God’s Home Movie”, both beautifully arranged by Audrey Riley. There’s also “Both Sides”, an entire album recorded with the Scottish Chamber Orchestra. When she asked me to be string arranger for her new song “I Adore You” on her ninth album “Home” I was delighted to accept. 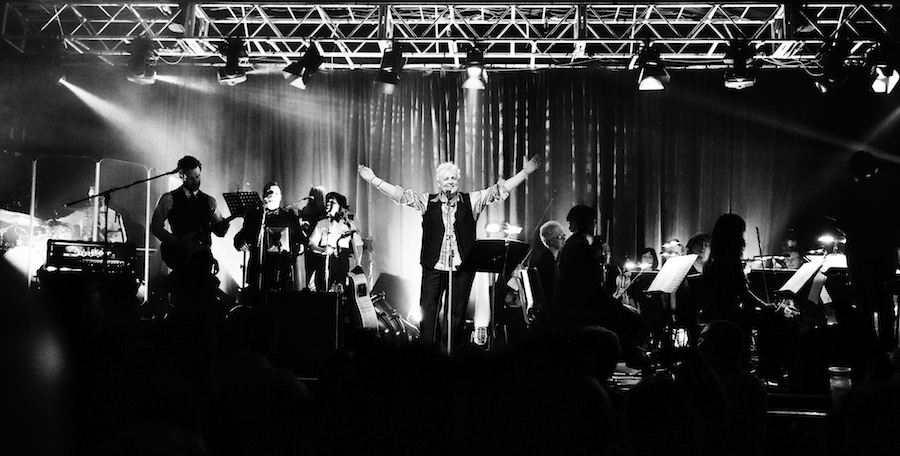 It begins with a demo…

Horse gave me a phone recording of her singing the song with acoustic guitar, and we discussed some possible influences. I can’t remember all of these – Max Richter and Craig Armstrong were mentioned, but they served as more of a starting point than a destination. My arrangement notes indicate that I was also listening to the string arrangements from Erasure’s “Two Ring Circus”. There is also mention of the “Spartacus Theme”, but the final arrangement sounds nothing like Khachaturian’s Adagio! It just goes to show that the path to inspiration is not always a smooth one 🙂

I heard “I Adore You” as a love song about overcoming great obstacles in life, with powerful declarations of intent, and wanted the string arrangement to sound triumphant while retaining intimacy. When writing an arrangement there is often a key part that gets your musical foot in the door, that sets the scene for the entire piece. For “I Adore You” I first came up with the musical introduction, and everything else was inspired from there. I arranged string parts for the rest of the song, then Horse popped in and we spent some time polishing the arrangement to her satisfaction.

Immediately afterwards I did a gig with a band playing an evening of soul and Motown classics. Although the set featured some of the best songs with the catchiest hooks in the world, after the gig I still had “I Adore You” buzzing through my mind, and I knew Horse & I had created something really special.

Then Record the Real Strings

I sent the music notation to Kobus Frick, musical director of the string recording session. He played violin and viola, Rudi De Groote was on cello and myself on double bass. By recording overdubs Kobus transformed three of us into the fifteen instruments of the string arrangement – four violins, two cellos, one viola and two double basses. Six additional divisi violin parts were added at the end of each bridge section. I distinctly remember hearing Kobus’ mix of these strings for the first time, and my hushed amazement at the quality and realism of recordings he had created. I remember him phoning me soon after, asking if I thought they were ok, and all I could think was: you have to ask? They are outstanding!

I recorded the piano hook in the verse – a small but essential part. Horse had planned to add drums right from the start, and these were duly supplied by Horse’s drummer Andrew Samson, adding even more drive to the song. It was all coming together nicely, but only once Horse recorded her vocals was the picture truly complete. In my opinion it’s one of the best vocal performances of all time, uplifting, majestic and so powerful.

The song was mixed by Ross Hamilton and Michael Bannister at Rocket Science Studio, Glasgow, who also added some production synths and effects. Please have a listen, and enjoy!